Back in my graduate school days, I would sometimes play Eternal Lands, a free MMORPG. Once I had finished school, I stopped playing for several years, until recently when my son discovered the game and started playing. As I was exploring with my old account the other day, I noticed that sometimes a trading bot or NPC is selling an item for less than another bot/NPC is paying for that item, creating an opportunity for profit (through arbitrage). I developed some code to find all of these opportunities at any given moment. This required some interesting data manipulation, web scraping, and fuzzy text matching.

The complete code for this small project can be found on my github, but I think the most interesting part for most readers will be how to extend the capabilities of pandas dataframes so that they can be merged in a “fuzzy” way. If you want to skip to those details, see the section below titled “fuzzy merging with pandas.”

Here are the general steps used to find the biggest opportunities for arbitrage:

1.  Pull from this page a list of all items currently being bought and sold by bots/NPCs, which looks something like this:

2.  Merge the “selling” part of the dataframe with the “buying” part, to create a dataframe of opportunities, as follows:

Filter this new dataframe to only cases where the buying price is higher than the selling price:

3.  For each item, find its weight and stackability by webscraping the Eternal Lands Wiki. This will be useful to know because my character can only carry up to 260 units of weight at a time, or up to 35 items if the items are not “stackable.”

The line of code to fuzzy merge the opportunities table with the table of weights is as follows. More details on this are given later.

4.  Finally, the opportunities for trading between bots are sorted according to how much each trip from one bot to the other is worth, based on per-item profit, weight, etc. The largest few opportunities are then reported in plain English.

When I ran the system recently, the top opportunity given was as follows: 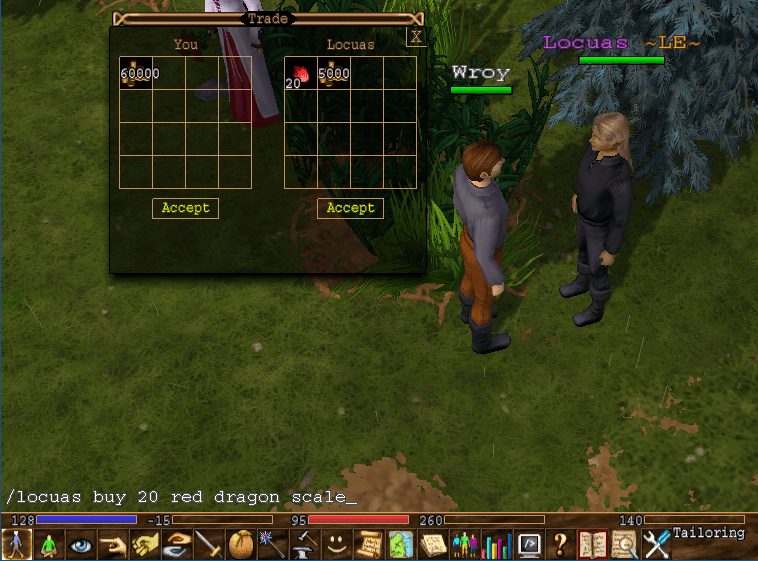 …and then selling the 20 red dragon scales to a bot called mufo, who happened to also be in Morcraven Marsh, at coordinates (66, 113). 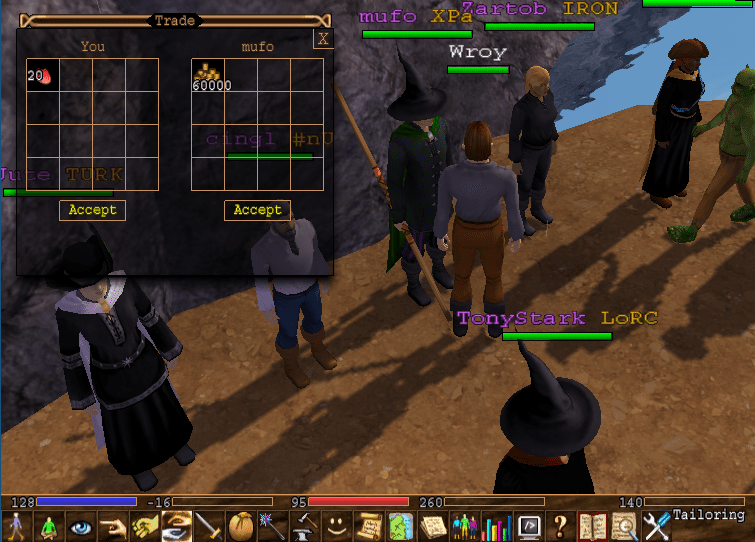 It was only by lucky coincidence that the two bots happened to be in the same part of the game world in this example; in general, they could be quite far apart, which means that some domain knowledge is necessary to weed out cases where the opportunity is too small when compared to the time or effort required.

Again, the complete code for my system is on github, but the way I enabled fuzzy merging in pandas deserves special attention. The following code adds a new fuzzy merging method to the standard pandas dataframe object:

For example, the following line would merge dataframes df1 and df2 by fuzzy matching column col_A in df1 to column col_B in df2:

It would be fun to factor in the travel distance between each pair of bots when reporting the largest opportunities, along with a few more subtle aspects of the game’s mechanics, but I think at this point I’ve spent enough time on this silly little project.

The most broadly useful thing to come out of this, at least for me, is the “FuzzyFrame” above. For the really large fuzzy matching tasks I sometimes need to carry out at work, I generally use a Fuzzy Lookup Transformation in SSIS. But now that I’ve seen how to accomplish the same thing via pandas, at least for smaller cases, I imagine I’ll start doing it this way from time to time.